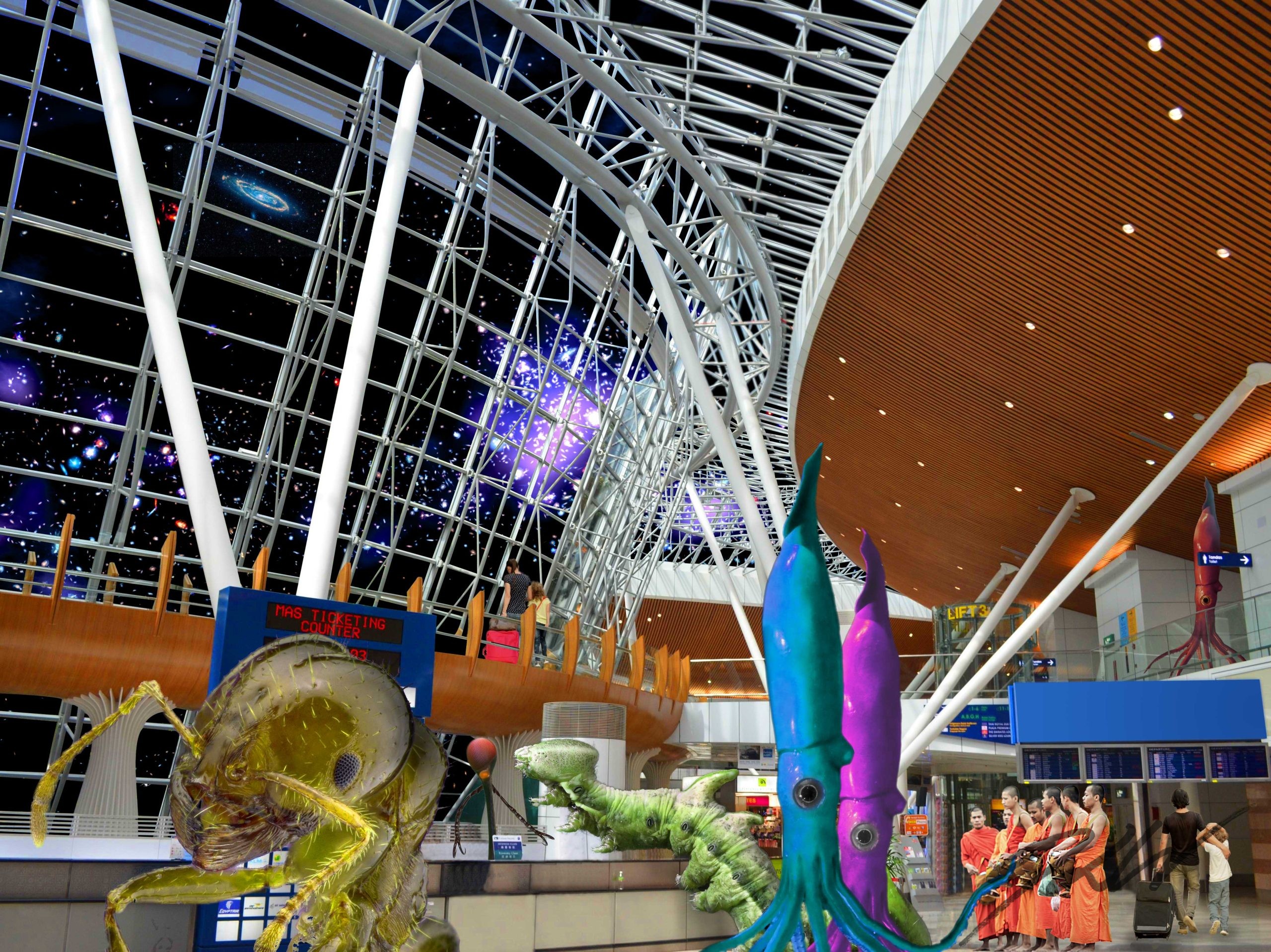 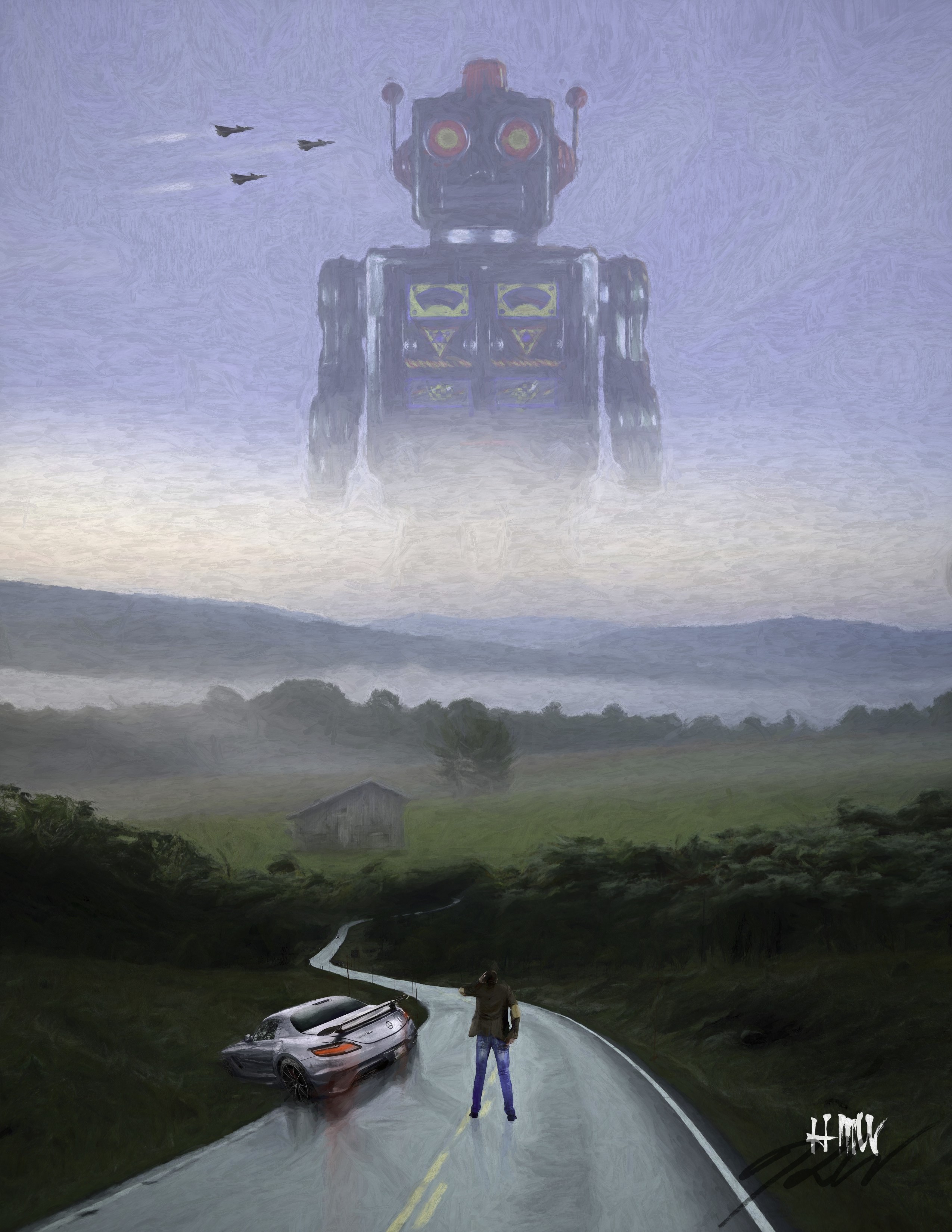 Inspired by Simon Stålenhag, this piece contrasts high technology with a rural scene. Unlike my inspiration, I also added humor by using a windup robot toy as the giant technological element. 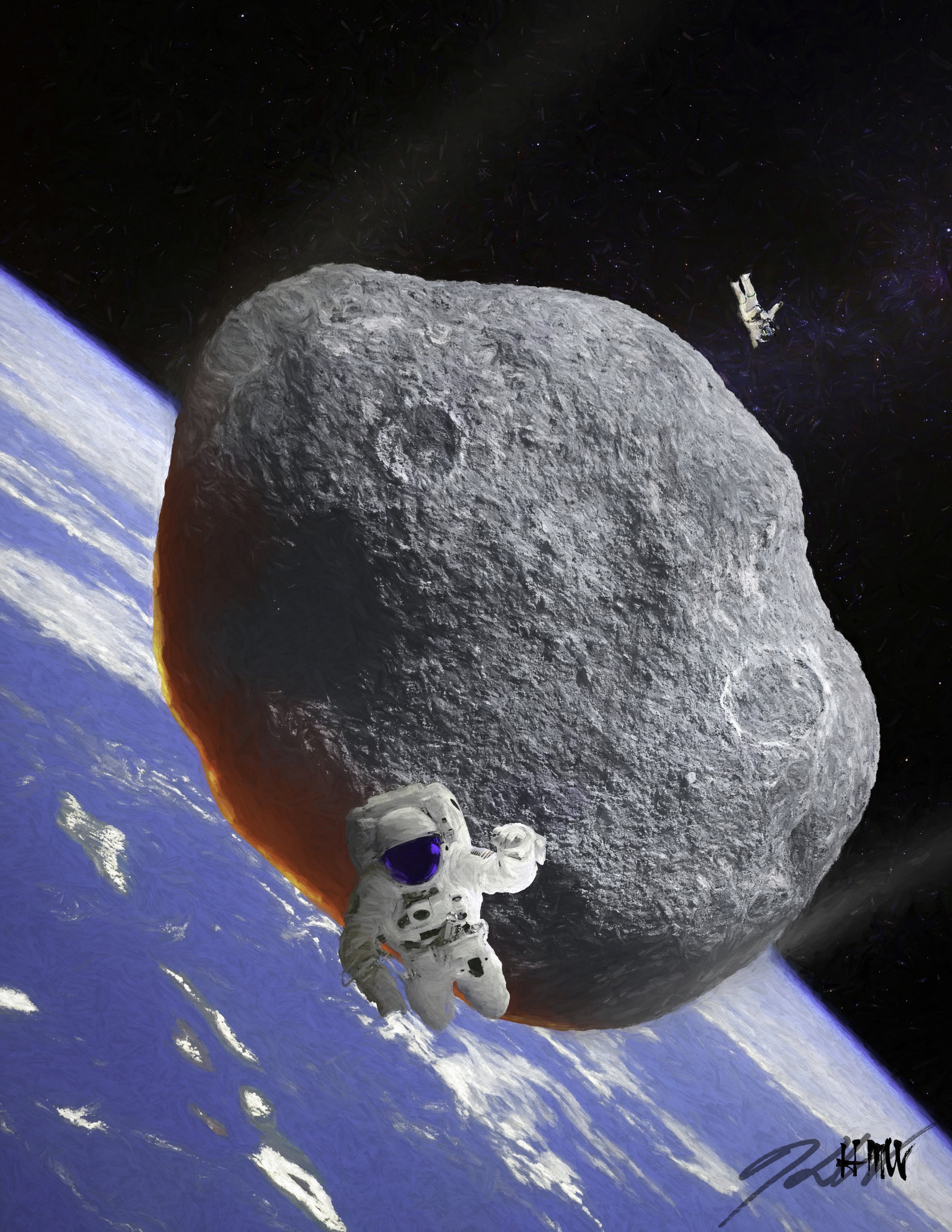 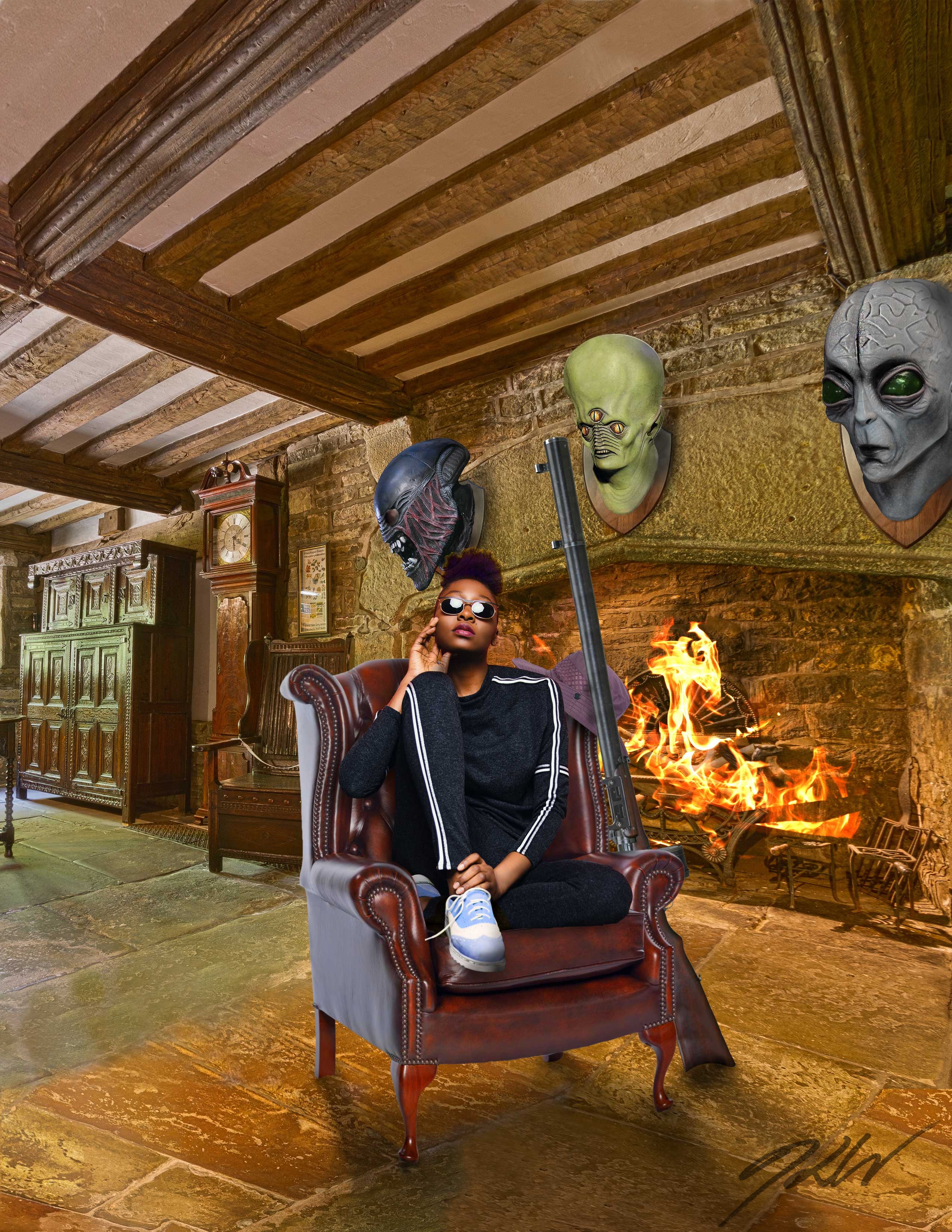 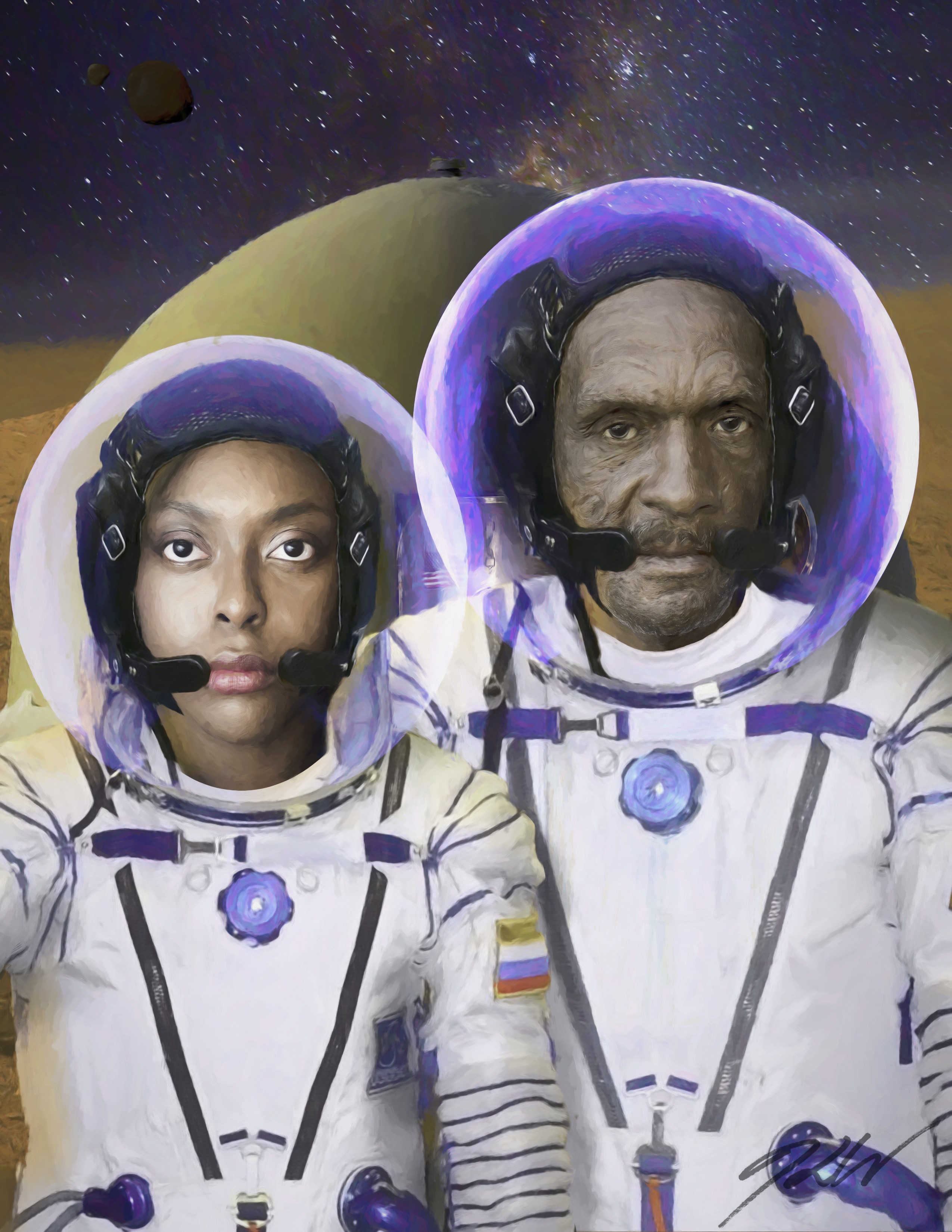 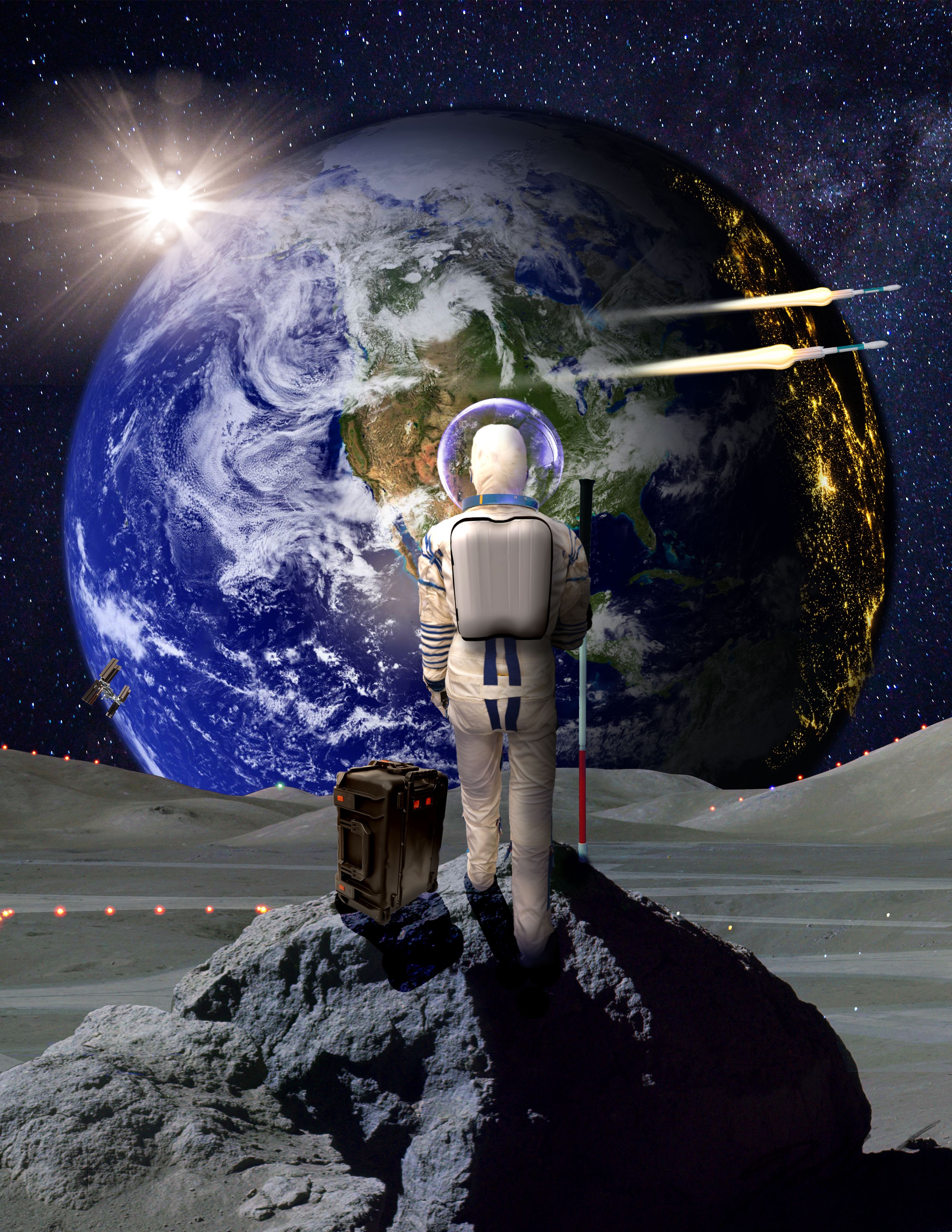 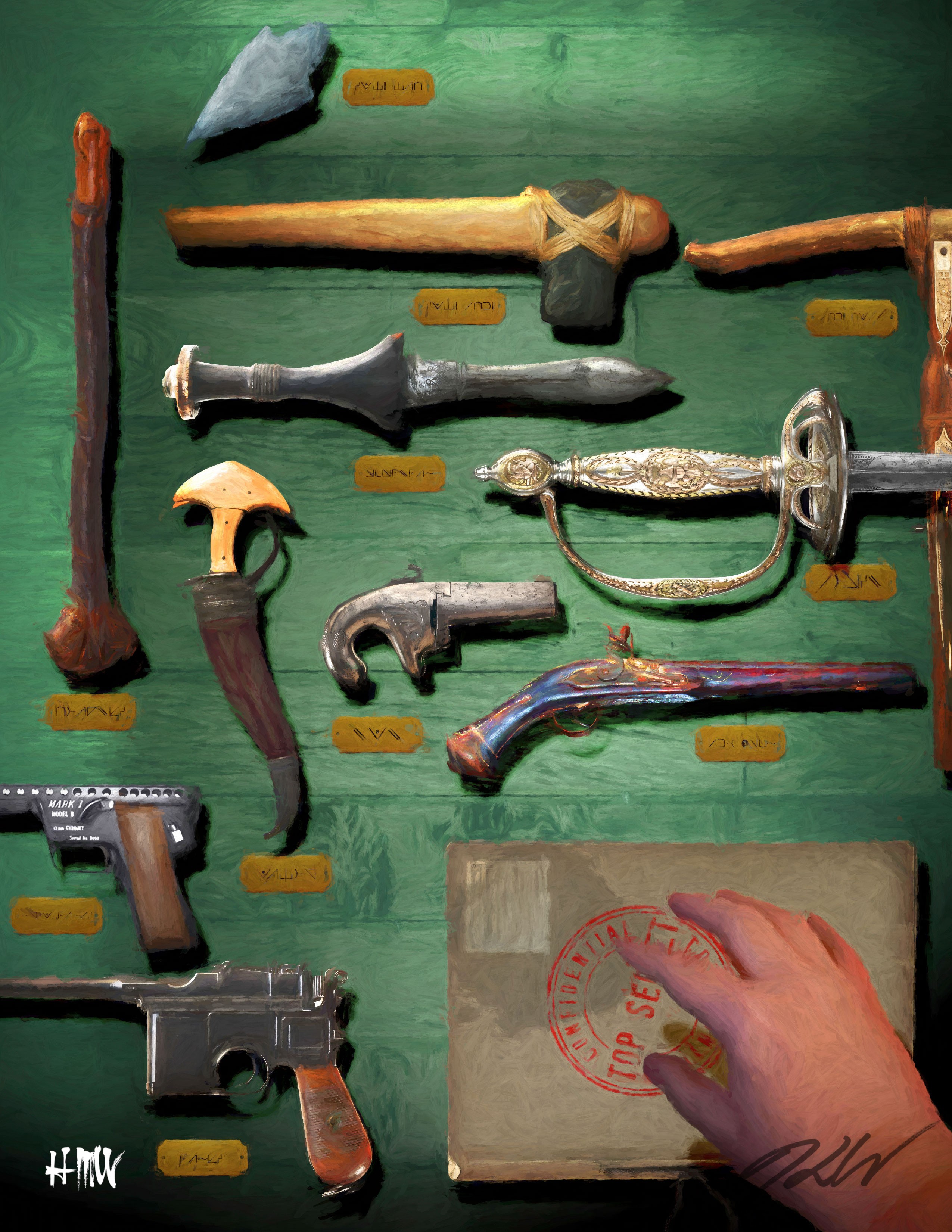 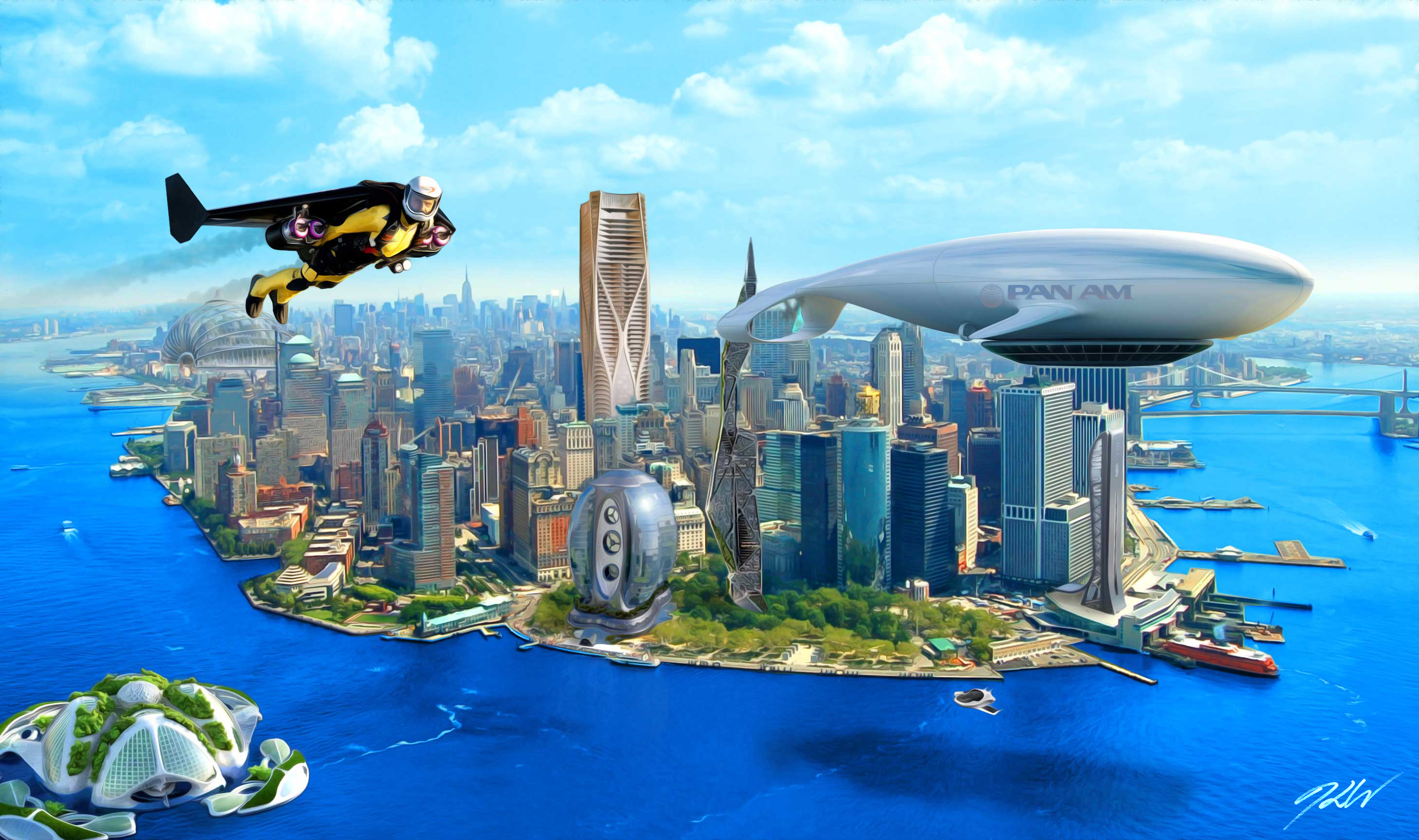 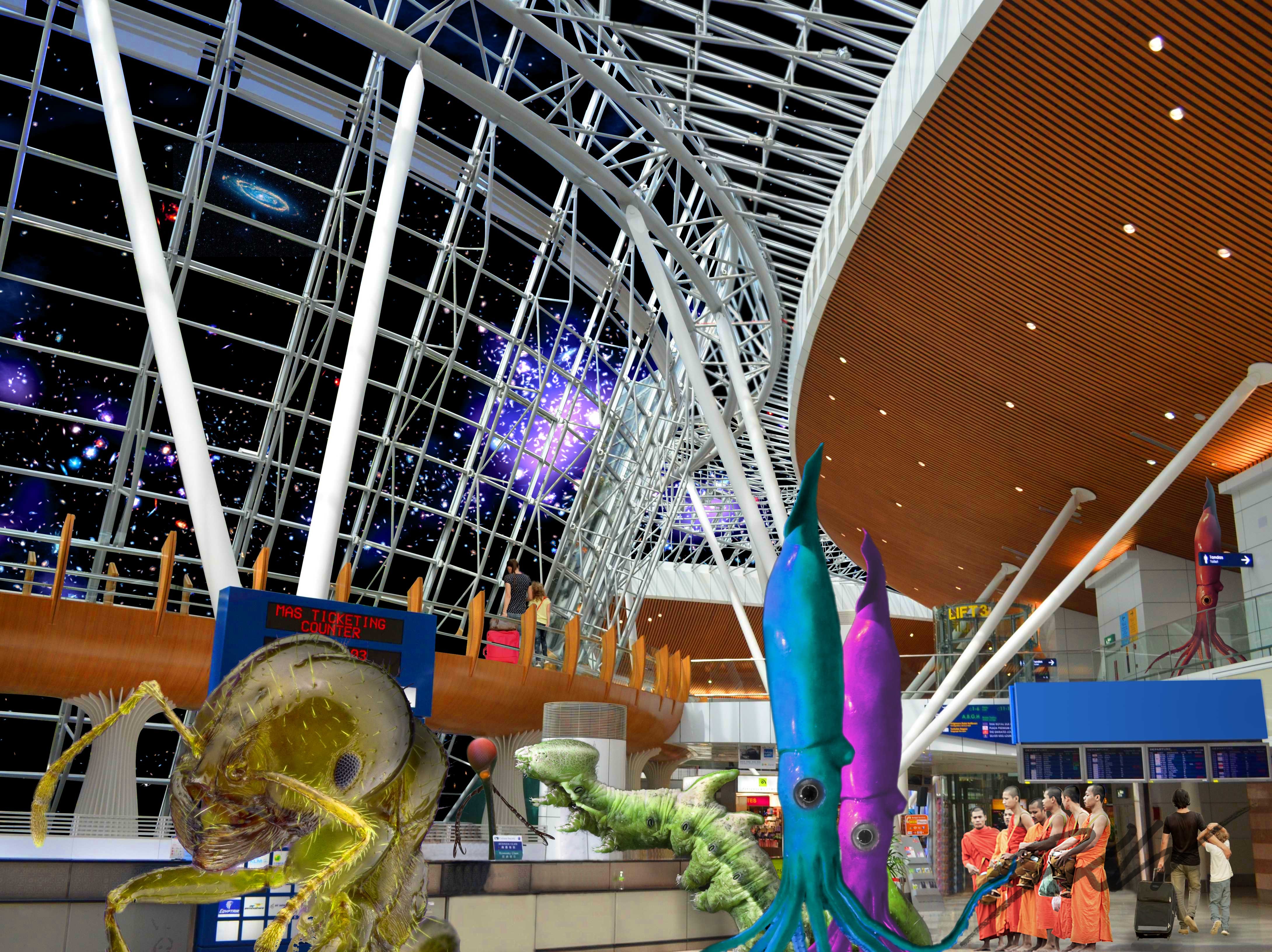